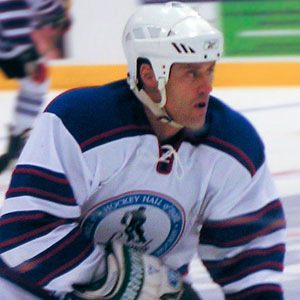 NHL center who spent 18 years in the league playing for eight different teams.

He was considered a poor NHL prospect because of his 5'8", 165-pound frame.

He spent the prime of his career with the Vancouver Canucks, consistently leading the team in scoring.

He and Pavel Bure were teammates on the Vancouver Canucks.

Cliff Ronning Is A Member Of