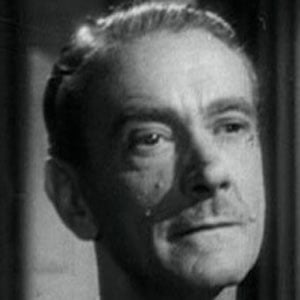 Stage and film actor, singer, and dancer who starred in numerous Broadway musicals, as well as in productions of Oscar Wilde's The Importance of Being Earnest and Noel Coward's Blithe Spirit. He received Academy Award nominations for his roles in such films as The Razor's Edge, Sitting Pretty, and Laura.

He was born Webb Parmelee Hollenbeck in Indianapolis, Indiana. During his late teens, he worked as a professional ballroom dancer.

He was nominated for a Golden Globe Award for his performance in Stars and Stripes Forever.

He never married, and he lived with his mother until her death in 1960.

Ayn Rand wanted him to play the villain in her 1949 film adaptation of The Fountainhead; however, studio heads decided against this casting choice.

Clifton Webb Is A Member Of