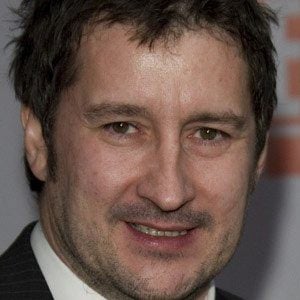 Influential artist in classical and electronic music. He was a frequent collaborator with director Darren Aronofsky, working with him on such films as 'Black Swan' from 2010 and 'Noah' from 2014.

He spent his early years as the lead singer for the band Pop Will Eat Itself. He was hired in 1996 by Aronofsky to score "Pi," the director's film debut.

His original score for 2006's "The Fountain" was nominated for a Golden Globe.

He had a long-term relationship with artist and recovering groupie Cynthia Plaster Caster.

He provided original music for the 2000 film "Requiem for a Dream," which starred Jennifer Connelly .

Clint Mansell Is A Member Of