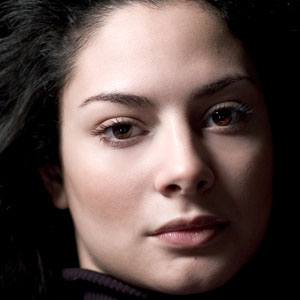 Versatile pianist whose talents also extended into acting on television and on the Greek stage.

She was graduated from the Superior Dramatic Faculty of National Theatre in 2005.

She was the oldest of three daughters.

She played Claude Debussy at her first public performance in Athens' Parnassos Hall. She was only seven.