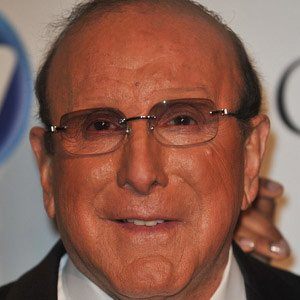 Music executive and producer known for winning numerous Grammy Awards and for being inducted into the Rock and Roll Hall of Fame.

He earned a scholarship to Harvard Law School in 1953, from which he graduated in 1956. His law career took off after he joined the firm Rosenman, Colin, Kaye, Petschek, and Freund.

He was married first to Helen Cohen, then to Janet Adelberg. He fathered four children. He revealed in his 2013 autobiography that he was bisexual.

He contributed greatly to the internationally successful careers of such artists as Whitney Houston, Kelly Clarkson, Leona Lewis, and Barry Manilow.

Clive Davis Is A Member Of