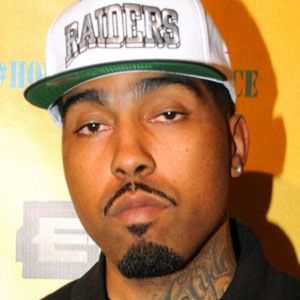 Oakland rapper who originally gained fame as a member of the hip-hop group The Team. Since the group's hiatus, he has broken out as a solo artist, releasing EP's like 2009's Bass Rock and 2014's Playboy.

He sold his first mixtape, 2001's The Story Vol. 1, out of the trunk of his car. He later formed a friendship with producer Ty Fyffe.

His single with the Team "Slow Down" was featured in the hit video game Grand Theft Auto V.

His mother raised him as a single parent in the Bay Area of California.

He signed to Black Wall Street Records, the record label run by rapper The Game, in 2006.

Clyde Carson Is A Member Of