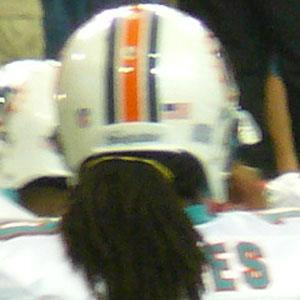 NFL wide receiver who signed with the Jets in 2012. He was selected with the 111th overall pick in the 2011 NFL draft by the Miami Dolphins.

He led the Abilene Christian Wildcats in receiving with 716 yards and 8 touchdowns during his junior season.

His father Edwards spent most of his childhood in prison. He has a brother.

He played his rookie season with quarterback Matt Moore .

Clyde Gates Is A Member Of