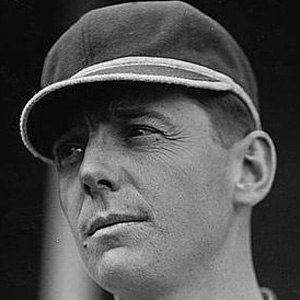 Played for 16 years and once set the single-season stolen base record during his career.

He grew up hunting quail and wild turkey with his family members in rural Tennessee.

He had two daughters with his wife Margaret.

Clyde Milan Is A Member Of