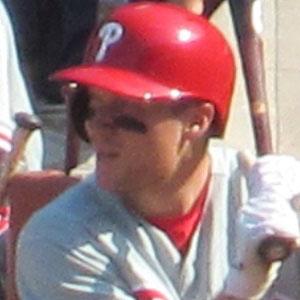 Third baseman who debuted for the Philadelphia Phillies in 2013, hitting five home runs in 162 at-bats.

He played college baseball at the University of Nebraska and was named a second-team All-American.

He grew up in O'Fallon, Missouri. He married Angela Albers in 2015.

He became teammates with shortstop Jimmy Rollins on the Phillies.

Cody Asche Is A Member Of