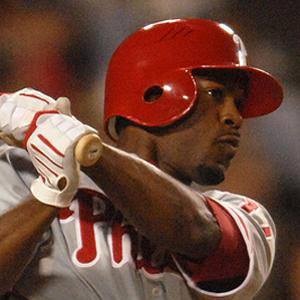 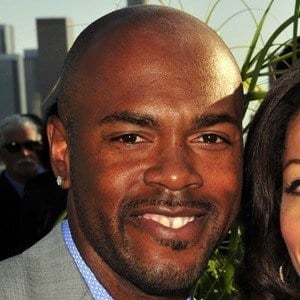 Shortstop who helped bring a World Series title to the Philadelphia Phillies in 2008. He won 3 straight Gold Glove awards from 2007 to 2009, led the National League in triples four times between 2001 and 2007, and was named 2007 NL MVP. Prior to the 2015 MLB season, he was traded to the Los Angeles Dodgers.

Before beginning his baseball career, he appeared in several MC Hammer music videos in the 1980s.

He married his former trainer Johari Smith in 2010. Their first child, a daughter named Camryn Drew, was born on May 20, 2012. Logan Aliya, their second daughter, arrived 22 months later.

He executed many double plays with second baseman Chase Utley during his time in Philadelphia.

Jimmy Rollins Is A Member Of