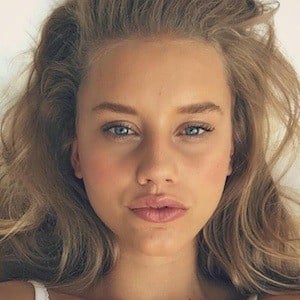 IMG-signed model with a strong following on her lilbabycheezus Instagram account. She modeled for a Maybelline New York advertisement.

She was first scouted to be a model at an airport while visiting family in Australia. Her first photo shoot was with NYLON.

She picked up javelin throwing as a hobby. She is a big fan of playing soccer. She has more than 440,000 followers on Instagram.

She was born and raised in the Bahamas. She has a younger brother named Cayman and a younger sister named Tess. She has been dating baseball player Cody Bellinger. She was previously in a relationship with swimmer Conor Dwyer.

She is a friend of fellow model Alexis Ren and has taken several Instagram photos with her.

Chase Carter Is A Member Of