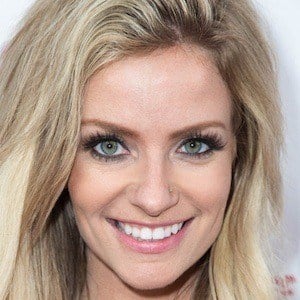 Model who became known for her appearances in Playboy magazine. She was a judge in Playboy's The Man and a reoccurring guest on the Playboy Morning Show.

She was scouted by Playboy while working at Hooters during college.

She represented her Alma Mater the Fighting Illini for Playboy's College Girls edition.

She was born in Illinois. She got a BA in communications from the University of Illinois in Champaign-Urbana. She moved to Los Angeles in 2011 to pursue her modeling career.

She was featured in an episode of Daniel Tosh's show Tosh.0.

Cody Renee Cameron Is A Member Of