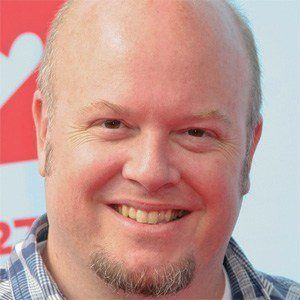 American director of the animated film Cloudy with a Chance of Meatballs 2. He has also worked in animation as a voice actor for Pinocchio, Shrek, and Open Season.

He began his career around the turn of the 21st century by providing some additional story for the film Chicken Run and later for Shrek and Shark Tale.

He had worked on the films Surf's up, Madagascar, and Sinbad: Legend of the Seven Seas as well.

He made Dreamworks Animation his family early in his career.

He worked on the Shrek franchise, which starred Eddie Murphy as the voice of Donkey.

Cody Cameron Is A Member Of