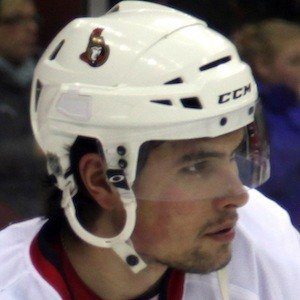 NHL defenseman who was chosen 15th overall by the Ottawa Senators in the 2012 draft. He made his NHL debut the next year as a replacement for the suspended Jared Cowen.

He played most of his four OHL seasons with the Ottawa 67s before finishing his junior career with the Owen Sound Attack. He played briefly in the AHL before receiving his call up.

He was twice named a second-team All-Star while in the OHL. He scored his first NHL goal against Brian Elliott.

His father, Parri, was a Canadian Football wide receiver who played with the Calgary Stampede.

He and Erik Karlsson have played together on the Ottawa Senators.

Cody Ceci Is A Member Of