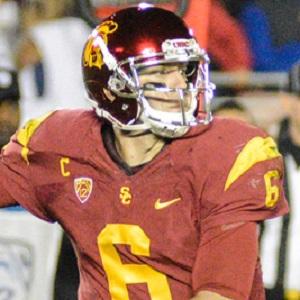 Quarterback who played college football at University of Southern California (USC) before being drafted by the Cleveland Browns in the third round of the 2016 NFL Draft.

He attended Centennial High School, where he was named California Gatorade Football Player of the Year. He began his collegiate career with the USC Trojans in 2011 and became a starter in 2013.

His father is Don Kessler.

He was the backup to Matt Barkley during his first season at USC.

Cody Kessler Is A Member Of