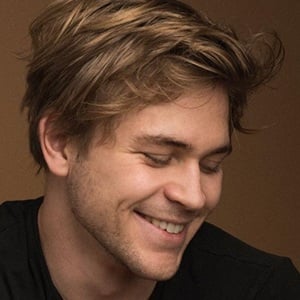 K-pop fanatic who reacts to the latest K-pop music videos and live performances on his YouTube channel, Cody & Wyatt, which he runs alongside his partner Khristian Wyatt Stark. His enthusiastic reactions to videos like Twice's "Heart Shaker" have brought more than 430,000 subscribers to his channel.

He grew up in Concordia, Kansas and attended the University of Kansas. He later moved to New York City.

Some of his most popular videos are parodies of the reaction series created by Glamour magazine featuring celebrites like Pink and Katy Perry.

He has a brother named Dustin.

His reaction to Blackpink's "BOOMBAYAH" was viewed more than 300,000 times.

Cody Gene Schmitz Is A Member Of