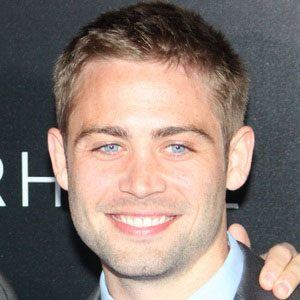 Younger brother of the late Paul Walker who stood in for his brother in the 7th installment of the Fast and Furious franchise, Furious 7. He was invited to join the franchise full-time as a different character.

He graduated from UC Santa Barbara with a degree with cultural anthropology. He then earned an EMT certification from UCLA and went to paramedic school in Oregon.

He was working as a stunt-man before joining the Fast and Furious franchise. He is involved with the organization Reach Out WorldWide.

He married Felicia Knox in 2015. His older brother Caleb Walker helped fill in as a body double in Furious 7 as well. He has two sisters, Ashlie and Amie.

His brother and Vin Diesel served as two of the biggest stars of the Fast and Furious franchise.

Cody Walker Is A Member Of