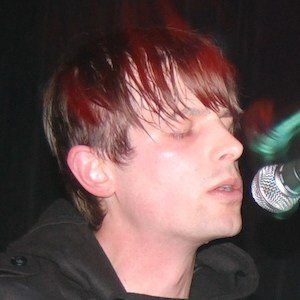 Hardcore punk musician who records under the name Cold Cave. He has been associated with popular bands such as Give Up the Ghost, Some Girls, XO Skeletons and Ye Olde Maids. He also runs his own publishing house Heartworm Press.

He began performing under the name Cold Cave in 1995.

He was a songwriter for Fall Out Boy's songs "The Carpal Tunnel of Love," "Golden," and "Bang the Doldrums" from the album Infinity on High.

His real name is Wesley Eisold. He was born and raised in Virginia. He has also lived in Los Angeles, where he runs his publishing company.

He collaborated with fashion designer Rick Owens and musician Black Asteroid on the release of the song "Black Moon."

Cold Cave Is A Member Of