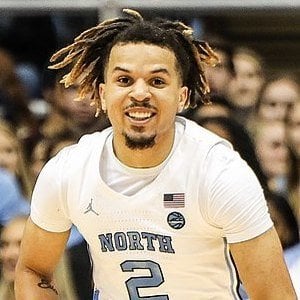 Point guard who played one year of college basketball at the University of North Carolina. He was selected 15th overall in the 2020 NBA Draft by the Orlando Magic.

He ranked in the top 10 players of the high school class of 2019. He was named by USA Today as the co-MVP for the Class of 2019 at the prestigious Pangos All-America Camp at Cerritos College in California.

He is the son of former NBA guard Greg Anthony.

His father has served as an NBA analyst alongside other former NBA players like Charles Barkley.

Cole Anthony Is A Member Of