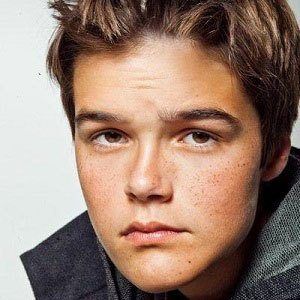 Actor of the stage and in independent films who is most well known for his role on the Disney XD series Lab Rats.

He trained at Los Angeles-based acting schools such as the Marnie Cooper School of Acting and with improv teachers.

On stage, he has performed in productions of A Christmas Story and Tom Sawyer.

He was born in Arkansas and relocated to Burbank, CA.

While on Lab Rats, he acted alongside Kelli Berglund.

Cole Ewing Is A Member Of