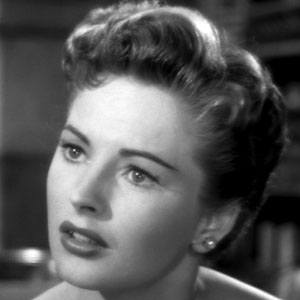 American actress who has appeared in films such as Nightmare Alley in 1947 and Red River in 1948. She was also in the early Stanley Kubrick film The Killing.

She studied drama at Hamline University and received a Bachelor of Arts.

She testified before Congress in 1964 as a part of Project Prayer, a project in favor of allowing school prayer.

She has been married three times and has a daughter and son.

She guest-starred on Alfred Hitchcock Presents.

Coleen Gray Is A Member Of