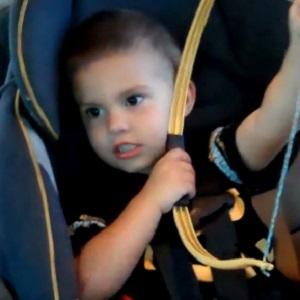 Also known as Rocktard, he is one of the members of the YouTube famous Shaytards family. His family channel has amassed over 4.8 million subscribers. They have posted numerous vlogs and have documented many family stories over the years.

He has been on camera his entire life, as his birth was recorded for the Shaytards vlog channel in 2010.

His mother's entire pregnancy up until his birth was documented on the Shaytards channel. He was featured in the "MAKE A WiSH BROCK!" video, which has received 174 thousand views since June of 2021.

His parents are Shay Carl and Colette Butler. He has two brothers named Daxton and Gavin and two sisters named Emmi and Avia.

His family was interviewed on Anderson Cooper.

Brock Butler Is A Member Of