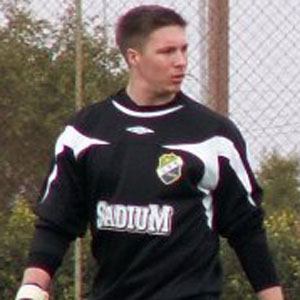 Former soccer goaltender who ended his career with Norwegian club Sandefjord Fotball in 2011.

He started off playing soccer with the Kirkwood Soccer Club and later played soccer at the University of Massachusetts Amherst.

He trained with the French club Troyes AC.

He grew up with his family in Newark, Delaware.

He and NFL wide receiver Victor Cruz both went to the University of Massachusetts.

Colin Burns Is A Member Of