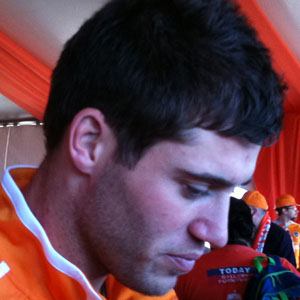 American winger who began his MLS career with the Colorado Rapids in 2006. After four years in Colorado, he spent two seasons with the Houston Dynamo, then joined the Los Angeles Galaxy in 2013.

He played college soccer at Southern Methodist University from 2002 to 2004.

He was a member of the United States national team in 2009.

He was born to Kenny and Sherry Clark.

He played alongside Landon Donovan for a year on the United States national team.

Colin Clark Is A Member Of