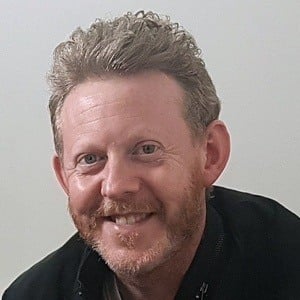 He acted as a child at the Perth Theatre before attending the Scottish Youth Theatre. He was professionally trained at the Royal Scottish Academy of Music and Drama,

He was cast in a Scottish film called Between Weathers. Other film credits included Shallow Grave, Night is Day and The Missing Postman.

He has a brother named Alan who married his River City co-star Jenny Ryan.

He also starred alongside Jenny Ryan in Woolly and Tig.