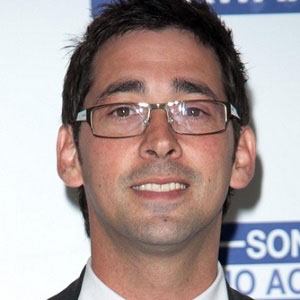 The 2007 recipient of a Sony Radio Academy Award for Music Broadcaster of the Year, this Northern Irish host is known for presenting the programs Talksport, Match of the Day 2, Fighting Talk, The Colin Murray Show, and The Late Show with Colin Murray.

He began his career by hosting the Radio 1 music program The Session and the Channel 4 television show RI:SE.

Apart from his work as a radio and television host, he penned articles for The Guardian, as well as a book titled A Random History of Football.

He and his three siblings grew up in Dundonald, Northern Ireland. In 2012, he married Canadian pianist and composer Carly Paradis.

In 2003, he and Scottish presenter Edith Bowman began co-hosting a popular music program called the Colin and Edith Show.

Colin Murray Is A Member Of