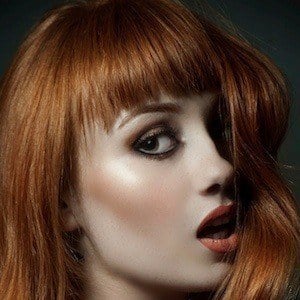 Singer who gained national attention in January of 2016 auditioning for the final season of American Idol. The naturally red-headed songstress was particularly praised for her voices's resemblance to season four winner Carrie Underwood.

Prior to her American Idol audition, she was working as a nanny and taught voice lessons to children. She also had aspirations to study at the Fashion Institute of Design & Merchandising.

Even before American Idol, she had a self-titled YouTube channel where she showcased her singing talents performing covers of popular songs.

She inherited her trademark fiery red hair from her mother.

She is friends with American Idol finalist Avalon Young.

Colette Lush Is A Member Of