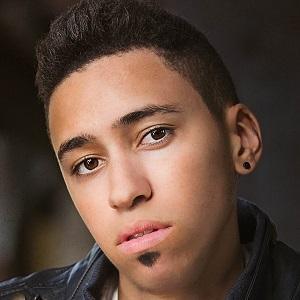 After auditioning for the tenth season of American Idol, this singer and songwriter continued to build his fan base by posting covers and original songs to his YouTube channel. After temporarily deleting his YouTube account, he relaunched his online presence and recorded his debut single, "Back to You."

During his rise to fame, he was attending Roncalli Catholic High School in Manitowoc, Wisconsin.

He was a 2014 finalist in a radio contest called WIXX Big Break. As testament to his growing fame, he has accumulated over 60,000 Twitter followers.

He was born in Milwaukee, Wisconsin, and is openly gay.

He and Todrick Hall both became widely known after auditioning for American Idol.

Collin Dueno Is A Member Of