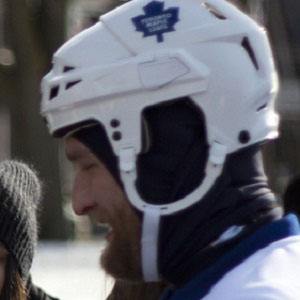 Winger known for his physical style of play and eagerness to fight. He made his NHL debut in 2003 with the Boston Bruins.

He led the league with 155 penalty minutes in 2012-13, playing for the Toronto Maple Leafs.

He has a daughter named Charlotte.

Though they share the same last name and both played for the Bruins, he is of no relation to Hall-of-Fame great Bobby Orr.

Colton Orr Is A Member Of