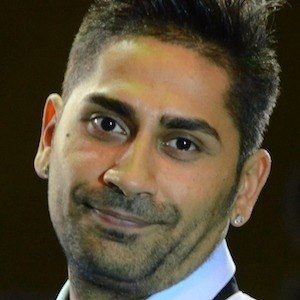 Hip-hop and pop singer who is best known for his career in the Romanian music industry. He first achieved success as a member of the hip-hop collective R.A.C.L.A. Following his departure, he continued his success as a solo artist.

He began his career first as a dancer at age 8. He first recorded a song professionally, which was the single "I See," in 1997.

In 2014, he collaborated with the Romanian pop singer Alexandra Stan on the song Vanilla Chocolat.

Connect-R Is A Member Of