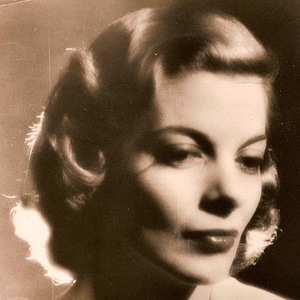 Hollywood 1960s actress turned literary agent who began her entertainment career by riding an elephant in the circus.

She joined the Ringling Brothers and Barnum & Bailey Circus in 1940s, writing about her experiences in the memoir, I Love You Honey, but the Season's Over.

Among her own publishing agency's big sellers was the Pulitzer Prize-winning biography, Jackson Pollock: An American Saga.

She was married three times, and had one son.

Swoosie Kurtz played her in the ITV 2009 movie An Englishman in New York.

Connie Clausen Is A Member Of