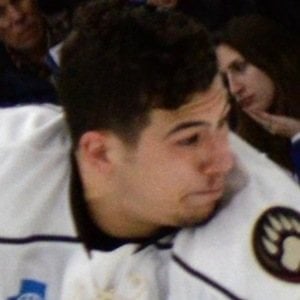 American professional hockey player who became a member of the Dallas Stars for their 2018-2019 season. He was previously with the Toronto Maple Leafs and the Washington Capitals.

He started his career by playing AAA hockey in Chicago with the Chicago Fury.

He was selected by the Washington Capitals in the 5th round of the 2012 NHL Entry Draft.

His dad is Jory Carrick. He has a brother named Hunter. In 2018, he married Lexi Solofra.

He played alongside Zach Hyman for Toronto Maple Leafs.

Connor Carrick Is A Member Of