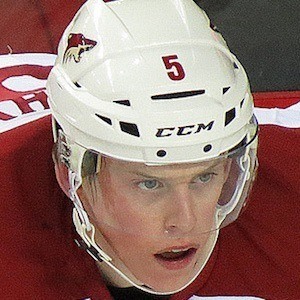 NHL defenseman who was drafted 20th overall by the Arizona Coyotes in 2011. He made his NHL debut in 2013 and scored the only goal of his rookie season in his first career game.

He grew up playing for the US National Development team before joining the Sarnia Sting of the OHL. He also had an offer to play at Miami University.

His father, Gord Murphy, played 14 seasons in the NHL and went on to coach in the league.

He and Oliver Ekman-Larsson have played together on the Coyotes.

Connor Murphy Is A Member Of