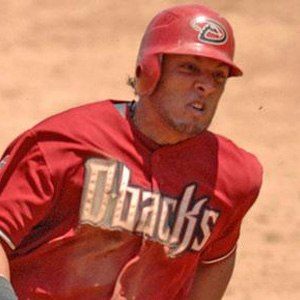 MLB outfielder who began his career with the Arizona Diamondbacks in 2005 but a bout of Valley Fever cut his career short.

He sailed through the Diamondbacks' farm system, and swung a hot bat at the start of their 2008 season, almost hitting for the cycle in April.

In May, 2009, he contracted Valley Fever, which left him 35 pounds lighter. He went on to play for the A's, Red Sox and Rangers for brief stints after that, but he was never the same.

In an April 18, 2008 game, he was a double away from hitting for the cycle, against pitcher Greg Maddux.

Conor Jackson Is A Member Of