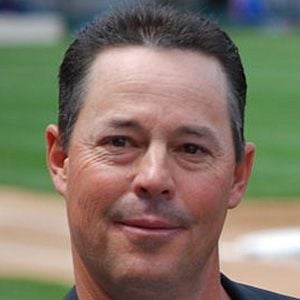 An 8-time All-Star pitcher known as Mad Dog and The Professor, he helped lead the Atlanta Braves to a World Series Championship in 1995. Throughout his career, he won 355 games and struck out 3,371 batters while posting a 3.16 career ERA.

He decided to enter the MLB draft after receiving no scholarship offers upon graduating from Valley High School in Las Vegas.

He became the first pitcher in MLB history to win the Cy Young Award four times in a row, from 1992 to 1995.

He married Kathy Maddux and he has a daughter, Amanda, and a son, Chase.

He and Tom Glavine became a dominant one-two pitching combination on the Braves for a number of years.

Greg Maddux Is A Member Of