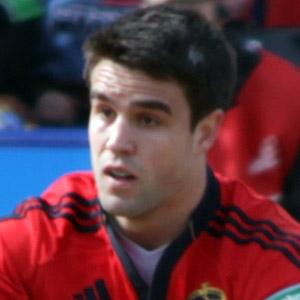 Irish rugby player who played for Munster in the Pro 12 and Heineken Cup and played on the club Garryowen FC.

He was part of the same Munster Schools Rugby Senior Cup team as colleague Keith Earls.

Before rugby, he played Gaelic football with Patrickswell and Limerick.

He was born and raised in Limerick, Ireland alongside siblings named Aisling and Sarah. He began dating model Joanna Cooper in 2018.

He and Rod Kafer both played rugby in the Heineken Cup.

Conor Murray Is A Member Of