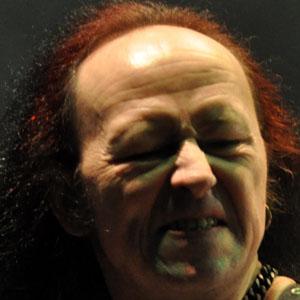 English singer and bassist who is known as the bass player for the metal band Venom from 1979-1987 and then again starting in 1995.

He played guitar in the band Dwarfstar, while in high school in 1978.

He appeared on Cradle of Filth's 1996 album "Dusk...and Her Embrace", speaking words in the song "Haunted Shores".

His family comes from Newcastle.

Some articles falsely claim that he is the brother of Kate Middleton's mother.

Conrad Lant Is A Member Of