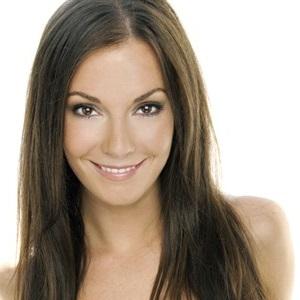 CEO and founder of Klickly, a Santa-Monica-based tech company, who is also on the board of the non-profit organization Hidden Voices. She was previously a working actress who had a role as Shirl Claude on The Young and the Restless.

She graduated from the North Carolina School of the Arts. After a role in New York's off-Broadway Cherry Lane Theatre, she moved to Los Angeles and worked in numerous feature films, daytime TV shows, and also had roles as a series regular on two pilots.

She produced digital content for companies like Postit Notes, Kimberly Clark, and DailyMotion. She is an accomplished violinist and fiddler as well as a visual artist and children's book illustrator. Her award-winning paintings have hung in the White House.

She grew up on 100 acres with pet burros and baby goats. She has a brother who is her best friend.

She was featured in an episode of The Young and the Restless alongside Robert Adamson.

Cooper Harris Is A Member Of