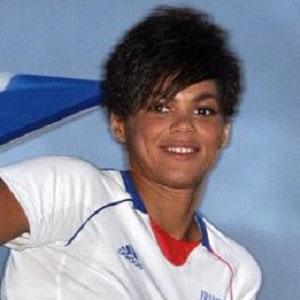 She was born in La Trinite, France and first gained major attention by winning a bronze medal at the 2007 European Championships.

She has been in a relationship with fellow French swimmer Alain Bernard.

She and compatriot Camille Muffat are both European Short Course Champions in the women's 400-meter freestyle.

Coralie Balmy Is A Member Of