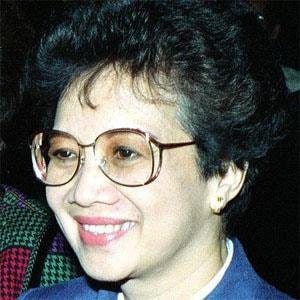 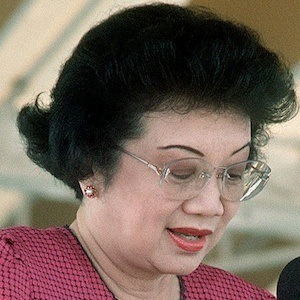 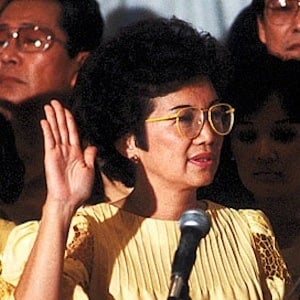 The first female President of the Philippines from 1986 to 1992 who came to power when she helped lead the People Power Revolution, which ended the 21 year dictatorship of President Ferdinand Marcos and re-established democracy in the Philippines.

She was quadrilingual in English, Tagalog, Kapampangan, and French.

Time magazine namer her its Woman of the Year in 1986 and the following year she helped writes the 1987 constitution which re-established the bicameral Congress in the Philippines.

She was married to Senator Benigno Aquino, Jr. from 1954 until his assassination in 1983.

She was a celebrated Filipino politician, while Manny Pacquiao is a famous Filipino athlete.

Corazon Aquino Is A Member Of