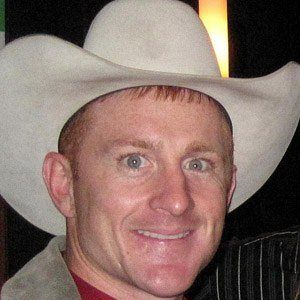 Professional bull rider and reality star most famous for his appearances on the 16th, 18th, and 24th seasons of "The Amazing Race." As a bull rider, he is a 5-time world champion in the International Professional Rodeo Association.

He competed in his first rodeo at age five and graduated from Southwestern Oklahoma State University.

He spent 3 days in a coma after his head was crushed by a saddle bronc in 2004.

His mother, Janet, was a photographer. He got engaged to a woman named Sara in 2009. The pair later got married.

He and Rachel Reilly both appeared on the 2014 edition of "The Amazing Race All-Stars."

Cord McCoy Is A Member Of