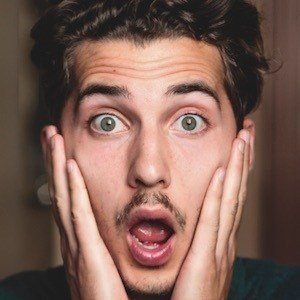 Hidden camera YouTuber whose channel features social experiments, pranks, street interviews, and more. He is also a model and actor, having appeared in multiple commercials and music videos. He signed with Daniel Hoff Agency.

He was valedictorian of his high school class. At Loyola Marymount University, he was a screenwriting major and he also minored in theatre arts and film studies. He directed a documentary in 2011 called 2,000 Miles From Hollywood and in 2013, he wrote, directed and starred in a found footage feature film called The Rohl Farms Haunting.

He has worked an intern at the production companies Mandate Pictures, Cross Creek Pictures and Gold Circle Films. He has a photography company called King Caesar Photography.

He moved from Wisconsin to California. He has a brother.

He created a similar style of YouTube channel as LAHWF and BigDawsTV.

Cordero Roman Is A Member Of