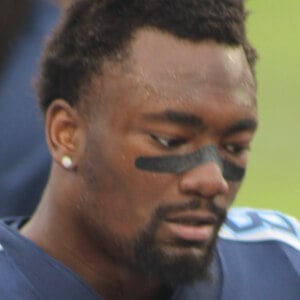 Wide receiver who was selected 5th overall in the 2017 NFL Draft by the Tennessee Titans. He set the NCAA FBS career receiving yards record with 5,205 during his four years at Western Michigan University.

After his time at Wheaton Warrenville South High School, he committed to Western Michigan. He was named the 2013 MAC Freshman of the Year.

He was the MAC Offensive Player of the Year in 2016, and a 3-time First-Team All-MAC selection.

He and Clemson wide receiver Mike Williams were both top seven selections in the 2017 NFL Draft.

Corey Davis Is A Member Of