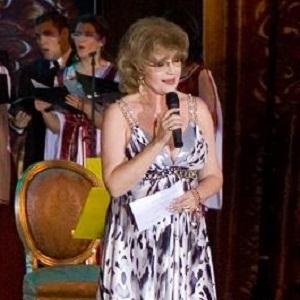 Singer who became one of the most beloved and popular figures in Romanian entertainment with albums like 1983's "Noapte Buna, Pe Miine." She also an actress who appeared in a number of Romanian films, including the 1972 thriller "Cu Mainile Curate."

She was born in Bucharest, Romania and attended the National Theatre Institute in the early 70's.

She provided the voice of Ursula in the Romanian dub of Disney's "The Little Mermaid."

Her father is famed composer Mircea Chiriac. She was married to Virgil Anastasiu from 1993 to 1995.

She voiced Ursula in "The Little Mermaid," originally voiced in the English version by stage actress Pat Carroll.

Corina Chiriac Is A Member Of