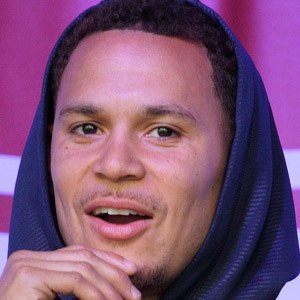 NFL cornerback who was selected by the Tennessee Titans in the 2006 NFL Draft's seventh round. He became infamous for his volatile on-field behavior.

He earned Ohio Valley Conference Defensive Player of the Year while in college at Samford.

He was raised by his single mother, a U.S. Army veteran. He married Lacey Owens in 2010 and he has a daughter named Lyla.

He was fined $25,000 for an on-field fist fight with Houston Texans wide receiver Andre Johnson.

Cortland Finnegan Is A Member Of