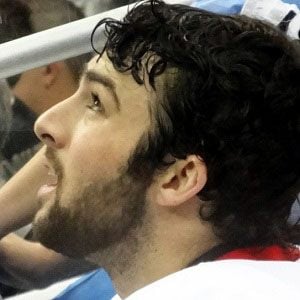 NHL center who began his career with the Tampa Bay Lighting in 2012. He was traded to the Ottawa Senators in 2013 then signed by the Buffalo Sabres in March, 2014.

He was born with his bladder outside of his body, and he had a major operation to fix the problem when he was five days old; the doctor informed his family he might not ever walk properly.

Despite his childhood operation and his Type-1 diabetes that he developed at age 8, he became a leader of his Canisius College hockey team, finishing as the school's all-time leader in points.

He is distantly related to the Conacher Hall of Famers: Roy, Charlie and Lionel.

He played alongside Daniel Alfredsson for a season on the Ottawa Senators.

Cory Conacher Is A Member Of