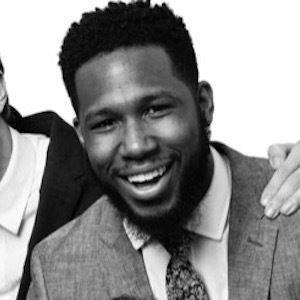 Pianist and organ player who has been a member of the instrumental ensemble Snarky Puppy. He won two Grammys with the group, one in 2014 for Best R&B Performance and one in 2015 for Best Contemporary Instrumental Album.

He made his debut at the famed Apollo Theater when he was only six years old.

He has worked alongside musical acts like Boyz II Men and Bruce Springsteen.

He left school to focus entirely on his musical education after the death of his father when he was in seventh grade.

He has been a member of Snarky Puppy, a group that was founded by bassist Michael League.

Cory Alexander Henry Is A Member Of