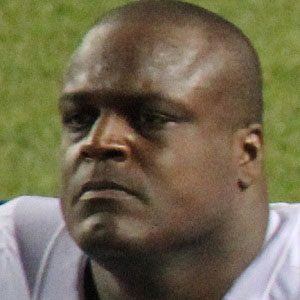 NFL defensive end who was selected in the third round of the 2003 NFL Draft by the Detroit Lions.

He was a two-time First team All Big 12 selection while playing at the University of Texas at Austin.

He was born in 1980 to Carl Benjamin Redding and Mary Zerlene Brantley.

He joined the Colts the same year as rookie quarterback Andrew Luck.

Cory Redding Is A Member Of