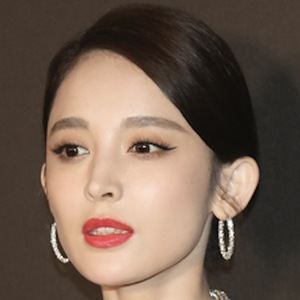 Otherwise known as Guli Nahza, she gained fame in 2013 playing Xiao Wei in the film Police Story: Lockdown. She has gone on to star in Pi Zi Ying Xiong 2, The Breakup Guru, and The Game Changer.

She graduated from Beijing Film Academy before making her acting debut in 2012's Xuan Yuan Sword - Rift of the Sky.

A prolific television actress as well as film star, she has been seen in Xuan Yuan Sword - Rift of the Sky, God of War Zhao Yun, and Chinese Paladin 5.

Her boyfriend, Zhang Han, is also a renowned Chinese actor.

She joined Mark Chao in the cast of the popular 2014 film Pi Zi Ying Xiong 2.

Coulee Nazha Is A Member Of