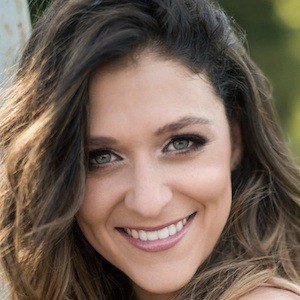 Country music singer and songwriter who appeared on the first season of CMT's Next Superstar, and later releasing a debut acoustic EP called #NoFilter. Her single "Drunk" topped the Taste of Country's Top 10 Countdown within two weeks and debuted at #8 on CMT Pure 12 Pack Countdown.

She was doing musical theater at the age of 10 and attended the New Orleans Center for Creative Arts. She is an alumnus of Belmont University as a commercial voice major. She was cast in the first season of CMT's Next Superstar shortly after graduating.

She earned an internship with Black River Entertainment where she rose from publishing assistant to executive assistant and radio coordinator during five years at the company.

She is a native of Mandeville, Louisiana, moving to Nashville, TN in 2005. Her first onstage appearance was at a church talent show alongside her father lip-syncing "I Got You, Babe" when she was five years old. Her parents met while dancing at a country bar.

Courtney Cole Is A Member Of